Kennesaw used to know as Big Shanty till 1887 and today it forms a part of the much greater Atlanta region. The city has huge cultural and historical relevance because it has played a very huge part in the American Civil war. Kennesaw has actually been rated as one of the safest cities in Georgia even when it is mandatory for all households in Kennesaw to possess a gun. Overall, Kennesaw actually shapes up to be an excellent option for visitors because it provides a wide range of attractions that can easily keep the visitors entertained and keep them coming back for more. If you have been meaning to visit Kennesaw, but still haven’t been able to make up your mind, then for a little inspiration and encouragement, read on further to know the best things that you can do in Kennesaw. So without much further ado, let’s get started! 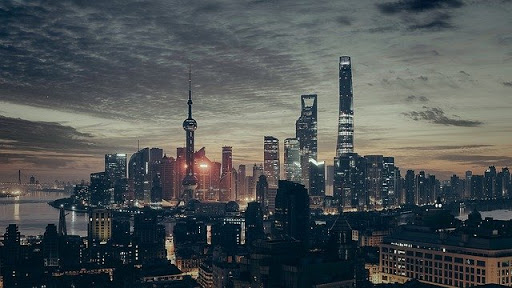 1. Visit the Kennesaw Mountain National Battlefield Park:- The Kennesaw Mountain National Battlefield Park actually protects the mountain called Kennesaw from which the city of Kennesaw took its name. This battlefield park actually has a lot of historical significance because it preserves the site of a very major battle that happened during the time of the American Civil War, which changed America forever. Visiting this battlefield park is actually one of the best things to do in Kennesaw.

2. Lake Acworth:- Visiting this man-made reservoir is actually one of the best things to do in Kennesaw. The lake might be man-made but it looks like it is natural and has actually existed for several centuries. The shoreline of this lake is marked by parkland which includes Overlook Park and also East Lakeshore Park. This lake is actually a massive hit with anglers because it boasts around 18 different kinds of fish, including the likes of bluegill as well as yellow perch. Once you visit this lake, you can enjoy boating like many of the other people who visit this man-made reservoir.

4. Marietta Gone with the Wind Museum:- Gone with the wind was a massively loved book and the film based on the book proved to be an even bigger success and hit with the fans. This museum is actually based on the film which starred the likes of Clark Gable as well as Vivien Leigh. The museum features an exquisite collection of costumes that were worn by Leigh along with the scripts and original artworks associated with the movie.

5. Dry Country Brewing Company:- If you happen to be someone who prefers beers more than spirits then you must plan a visit to Dry Country Brewing Company, the next time you visit Kennesaw. A visit to this brewery is actually one of the best things to do in Kennesaw because it offers very good public tours of the facility and this facility has actually won a lot of awards for its small-scaled craft beers.

6. East Palisades Trail:- If you intend to visit one of the best natural wonders the next time you go to Kennesaw, then you might consider adding the East Palisades Trail to your itinerary. The Palisades trail is that the hiking and walking trail passes through the Palisades section of the Chattahoochee River. The trail is massive with kayakers and there are actually very few people who can deny the beauty of the vistas of this trail that is also accompanied by the sounds of flowing river water.

There you have it, those were the top 7 things that you can do or visit once you find yourself in the city of Kennesaw. You won’t be disappointed because this city has a lot of things to offer for just about anyone. You will immediately fall in love with all this city has to offer and you will surely make a vow to return sooner than later. It is one of the best cities in Georgia and it is often frequented by visitors who can’t seem to get enough of what the city stands for and has to offer. Further, you can try different restaurants and eateries like Anchor Bar that are exclusive to Kennesaw and offer some of the best delicacies and food that you can expect to have in and around Kennesaw. Other major attractions in the city of Kennesaw include the likes of Splash Pad, Farmers Market, Old Railroad Depot, Six Flags White Water, Museum of History and Holocaust Education, Sky Zone Trampoline Park, Lazy Guy Distillery, and the Southern Museum of Civil War and Locomotive History.